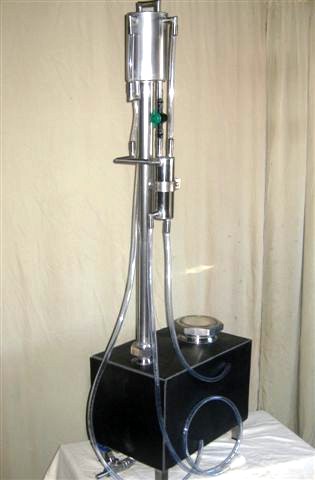 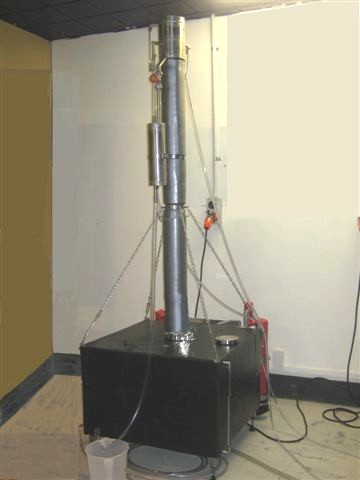 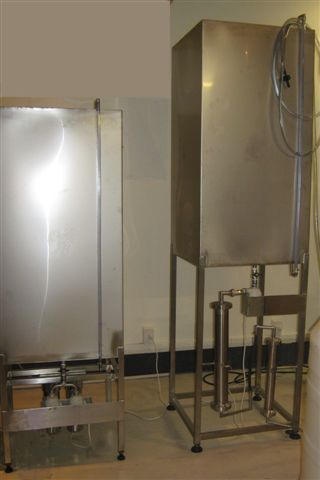 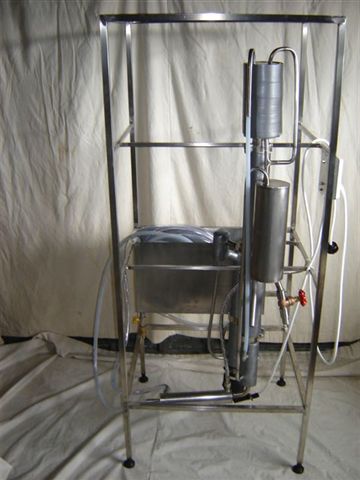 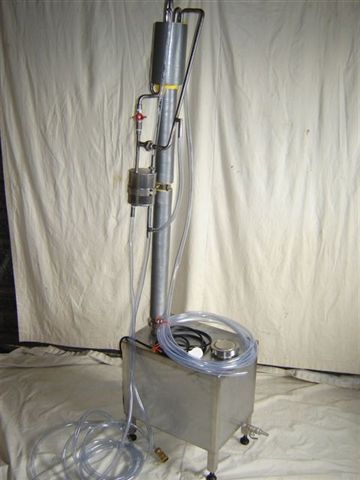 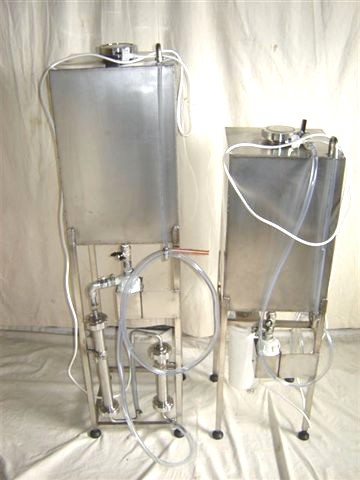 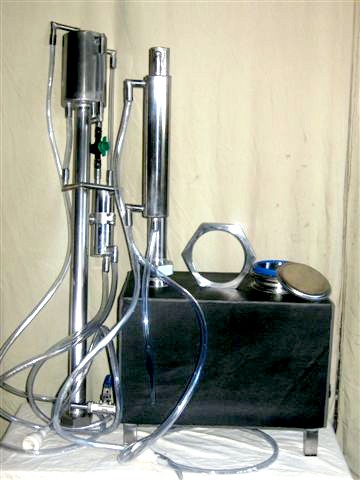 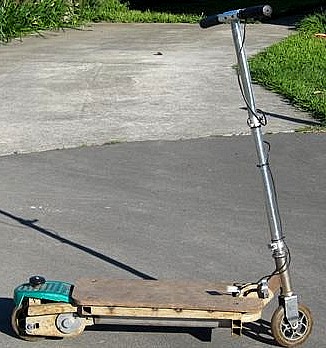 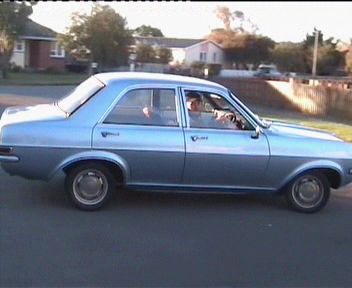 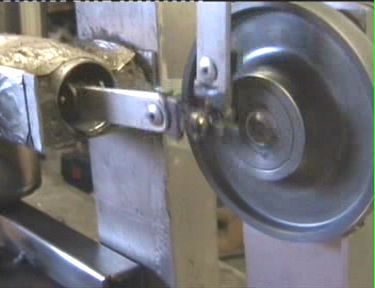 Experimental oil still.
The reformer itself a complicated contraption, and while it is capable of processing an automotive waste oil, It still requires some partial dismantling before any next distillation run. Thus for the convenience of the oil processing, I was experimenting with different arrangements of the WMO distillation equipment. I tried to simplify the construction of the distiller, also to make it genuinely continuous and added an electronic control unit that helps to keep the constant predetermined temperature of the distillation depending on the type of the processing oil.

The test run of an experimental oil distiller.